Back in 2009, I went to local OWASP chapter meet and presented on SSL Cipher enumeration script that I was using to enumerate SSL Ciphers for my assessments. Feedback was good but soon other things piled up and the script got burried. Later I realized the need for evolving the concept into an open source and cross platform free tool; named it SSLSmart.

Here is how a sample SSLSmart run looks like: 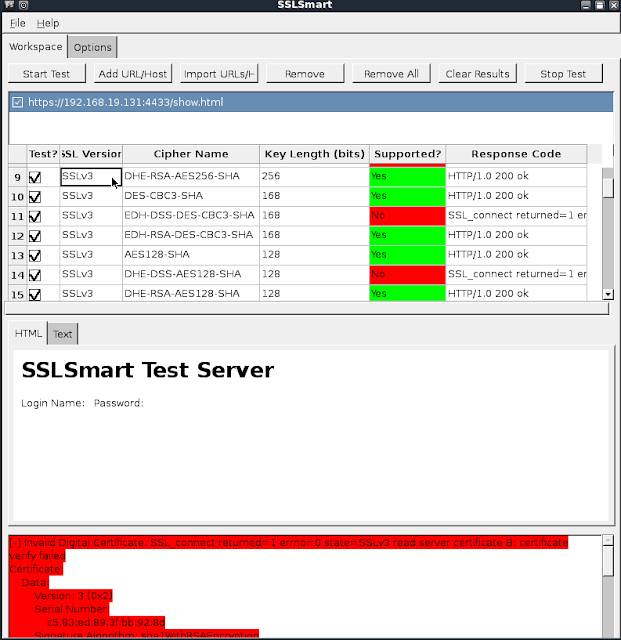 Posted by Gursev Singh Kalra at 9:55 AM